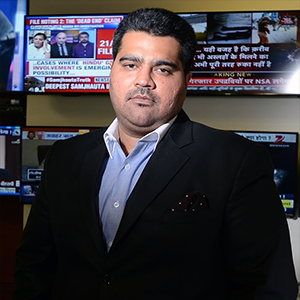 Kartikeya Sharma is an Indian entrepreneur, a media personality and a sports aficionado. He is the founder of iTV Network, the founder-promoter of Pro Wrestling League and Indian Arena Polo League an initiative of his sporting venture ProSportify.

He is an Oxford graduate with Masters in Business Administration from King’s College in London and is known for his business acumen, Kartikeya Sharma believes in capitalizing on the power of the internet and the media to bring about positive changes to the world we live in and to contribute meaningfully to the communities within which his businesses operate.